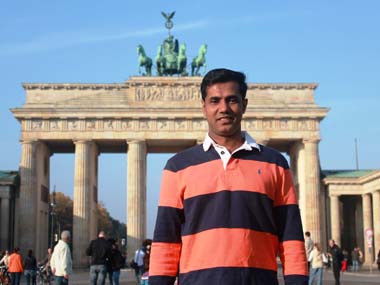 The Inter Academy Medical Panel (IAMP) is the leading global network of medical academies and medical sections of academies of science and engineering, which is committed to improving health worldwide. The IAMP Young Physicians Leaders Programme is a satellite event, which took place at the World Health Summit 2012 in Berlin from October 19th to 24th. 16 outstanding young physician leaders were selected and nominated by IAMP members for a specific workshop to develop their leadership skills during mentoring sessions with an international group of physician leaders. The programme also included the participation in the World Health Summit taking place from October 23rd to 25th. 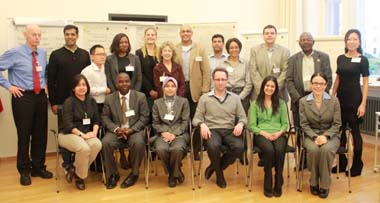 Dr. Suneth Agampodi, public health physician and leading young researcher from Rajarata University of Sri Lanka, had been nominated by the National Academy of Science of Sri Lanka and selected by the IAMP selection process to participate in the YPL.programme. He graduated from the University of Peradeniya as a medical doctor in 2001. Since then he has been working as a primary healthcare physician as well as completing his doctorate in community medicine at the University of Colombo and graduating as a Master in Public Health from Massey University in New Zealand. In 2012, after returning back from his stint as visiting assistant professor at the University of California, San Diego, he was awarded Fellow of Royal Society of Public Health.

It was a great honour for the young Rajarata Medical Faculty as well as for Sri Lanka to have Dr. Agampodi selected as one of the 16 young global physicians this year.