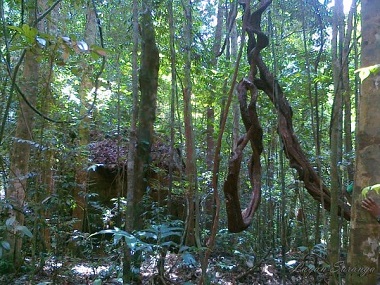 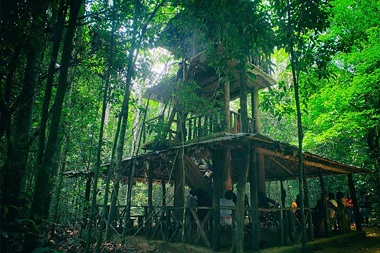 The KDN biosphere reserve is a amalgamation of three adjoining forests namely Kanneliya, Dediyagala and Nakiyadeniya. The forest complex is situated 35 km northwest of the city of Galle. 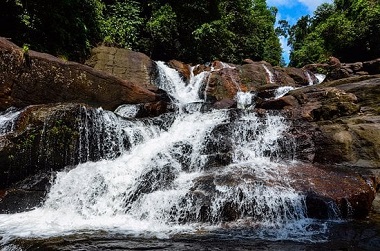 The forest complex was designated as a biosphere reserve in 2004 by the UNESCO. This forest area has been identified as one of the floristically richest areas in South Asia and is considered as a biodiversity hotspot due to its exceptional presence of species with incomparable level of endemic flora and fauna. 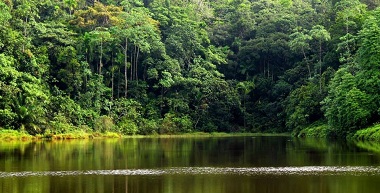 The rain forest is a major catchment area for two of the most important rivers in Southern Sri Lanka namely the “ Gin” and “ Nilwala ” Rivers which feed numerous rivers and streams. 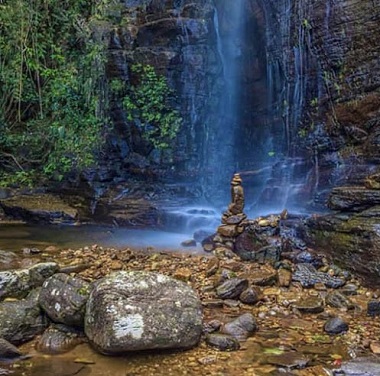 There are high proportion of endemism among the 234 identified woody tree spaces, with 141 being endemic to Sri Lanka. Totally there are 301 plant types can be found at Kanneliya forest reserve. Some 133 faunal species with 59 birds. 14 amphibians 32 butterflies, 7 snakes, 10 mammals

The Core Zone (5894 ha) of the KDN cover whole extent of the Kanneliya consists of natural dense forests. The entire areas of Nakiyadeniya (5866 ha) and Dediyagala (13473 ha) forests too includes natural forests and cover buffer zone of the biosphere reserve.

Thanks to courageous efforts of the Ministry of environment of Sri Lanka and environmentalists and local inhabitants, the KDN reserve remains as a well preserved and a popular destination amongst nature lovers from all across the globe. Recent efforts have resulted in creating a few wonderous trails along the green pastures of this amazing low country wetland.

All trails start from the Kanneliya information centre at Udugama, Galle.

The preservation of this highly sensitive biosphere for the future generation is indeed a moral responsibility of all those who visit it as the value of the Biosphere transcends national boundaries. Let’s visit the Reserve contributing to the sustenance of the local economy while being cognizant about the real ecological value of one of the rarest and unique wetland ranges in the Asian continent. 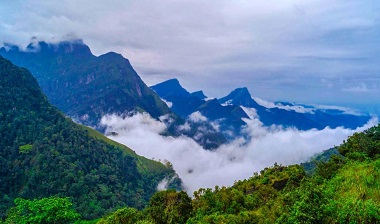 The Knuckles Mountain Range also called the Knuckles Massif; a bio-diversity hotspot located in the districts of Kandy and Matale in the Central Province of Sri Lanka. Situated at a height of over 3000 ft above sea level, covering a land area of approximately 21 ha it consists of five peaks; namely Kirigalpottha, Gombaniya, Knuckles, Koboneelagala and Dotulugala which form the shape of the knuckles in a clenched fist Its importance lies in its clear water, cloud forests and unique flora and fauna. 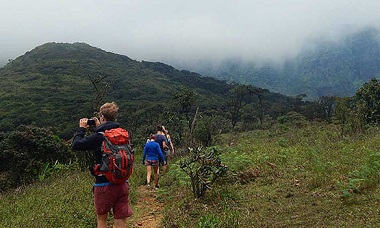 The area situated above 1500 m was declared a climatic reserve in 1873 and a conservation forest in 2000, later a National Man & Biosphere Reserve and a World Heritage Site in 2009. It is today considered as one of South Asia’s important sites for the conservation of montane tropical forest habitats. 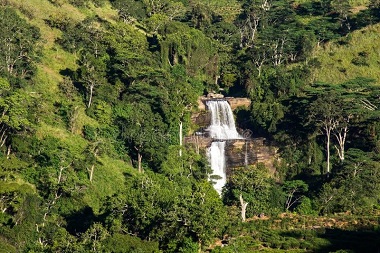 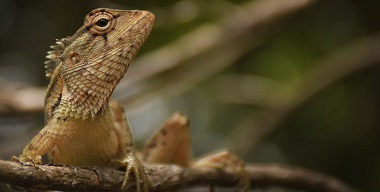 The climate here varies from hot to very wet and cold with some higher elevations reporting ground frost during January – March with strong winds at most other times. The vegetation in the valleys and foothills consist mainly of semi evergreen vegetation with large trees, the upper slopes contain tropical montane humid evergreen rain forest and the upper levels possess cloud forests; a moist forest with a low-level cloud cover where various endemic species of ferns, orchids, lichens and mosses grow profusely.

The other types of unique vegetation found here includes the distinctively beautiful grasslands called “Pitawala Patana”, the picturesque Riverine forests alongside the rivers and waterways, the Scrublands and the Pygmy forests with its twisted and gnarled plant life that grow up to 1-2 m from ground level.

The Knuckles massif separates itself from the central hills by the Dumbara Valley; a deep gorge. There are several trails to the Knuckles Mountain range, each one different and exclusive, making it ideal for hiking, trekking, waterfall hunting, bird watching and certainly a must place for some scenic photography. Visitors can travel on three routes from Kandy via Rattota, via Wattegama and via Teldeniya.

The Forest Reserve has recorded up of 1033 plant species belonging to 141 families of which 15% are endemic. In addition there are 128 bird species of which 17 are endemic; some of them are the Black eagle, Pale billed flower pecker, Barbets, Lorikeets, Egrets, Herons, Bulbuls, Babblers, Kingfishers and Wood peckers.

The 31 mammal species include the Wild boar, Black-naped hare, Mouse deer, Sambar deer, Elephant, Wild buffalo, Monkey, Squirrel, Civet cat, Golden palm cat, Loris, Jackal, Mongoose, Bandicoot and Porcupine. The 20 amphibians’ species include the Kirthisingha’s Rock Frog and the Leaf nosed lizard, 15 species of fish include the Phillips Garra, Blotched filamented barb and Martenstyn barb. There are 60 species of butterflies, with two endemic species the Birdwing and the Blue Mormon. There are also 17 species of mollusks and 53 species of reptiles.