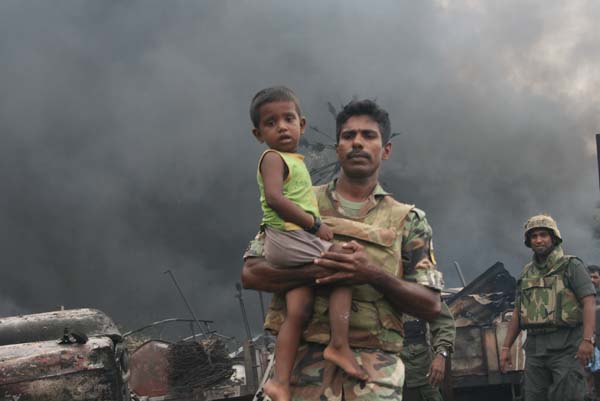 The High Commission of Sri Lanka regrets that, once again, Channel 4 chose not to share the video footage or any of the other material upon which it purports to have relied, prior to broadcast. This denied the High Commission of Sri Lanka and the Government of Sri Lanka the rightful opportunity to address any concerns raised.This appears to be a continuation of the approach adopted by Channel 4 in its broadcast last year. That broadcast was severely criticised by many including the Sunday Times UK,

which described the commentary to the broadcast as “intemperate and partisan” and rightly pointed out that most of the footage which was used was unattributed and uncorroborated.

The High Commission of Sri Lanka regrets Channel 4’s continuing hostile and biased editorial position with regard to its reporting on Sri Lanka. Channel 4 chooses to focus its attention on a number of highly spurious and uncorroborated allegations and seeks -entirely falsely- to implicate members of the Sri Lankan government and senior military figures.

The High Commission categorically rejects the malicious allegations made by ITN Productions and Channel 4. Indeed, we note that much of the footage shown in last night’s broadcast is highly repetitious, having simply been recycled from Channel 4’s previous and discredited broadcast last year.

The timing of this programme is nothing more than a cynical and concerted attempt to assist in gathering support for a resolution calling for action on Sri Lanka, tabled at the ongoing 19th Session of the Human Rights Council. As with their previous pattern of behaviour, Channel 4′s airing of this biased, deeply misleading video at this time is not coincidental but is strategically driven and clearly motivated by collateral political considerations.

The country is finally moving on following nearly three decades of conflict inflicted on it by the LTTE, which it should be remembered was outlawed as a terrorist organization by many countries including India, the UK, the United States and the European Union.

Regrettably, Channel 4 has apparently chosen to ignore the many positive post-conflict developments now taking place in the country. This approach inevitably gives Channel 4 viewers a very distorted and unbalanced view of Sri Lanka and only serves to harm the ongoing and comprehensive reconciliation process between all communities in Sri Lanka, in the post-conflict era.