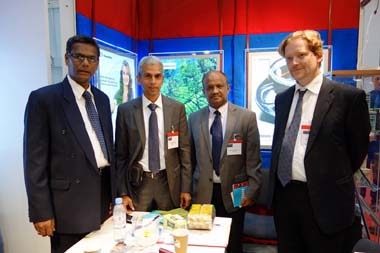 The International Trade Show for the Coffee, Tea & Cocoa Business was held in September 2012 in Hamburg, Germany. Consul General Mr. Pradip Jayewardene with delegation visited the fairand participated in the informative conference discussing the future of the tea, coffee and cocoa markets. The Trade Show covers the complete process chain from raw material to finished product. 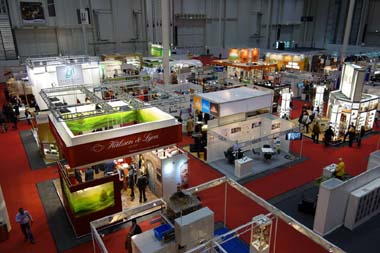 The Consul General disclosed that the statistics shows Germany importing coffee and tea in record amounts, which reached highest import volume for this century in the first half of 2012, i.e. 614,000 tons of coffee and 27,500 tons of tea. The coffee imports valued at around 2 billion euros grew over the first half of 2011 in the amount of 1.5 percent, according to the trade fair authorities. Vietnam was the most important supplier in Germany with 171,000 tonnes against Brazil with 154,000 tonnes. The majority of imported beans (580,000 tons) was not toasted. The importation of tea grew by five percent. Main suppliers are China and India. While the Sri Lankan tea exporters have a steep competition in this market, the reputation for quality of the Ceylon Tea will be an advantage to promote Sri Lankan tea in this environment. 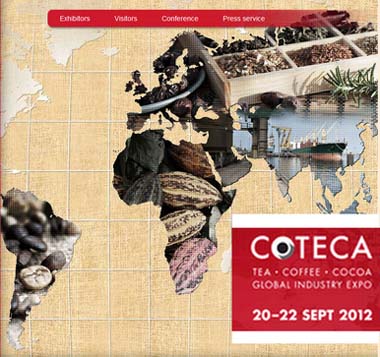