Representing the tradition of multiculturalism in Sri Lanka, Ambassador Karunasena Hettiarachchiand and the staff of the Sri Lanka Embassy together with the Hindu devotees in Berlin participated at the Deepavali Celebrations at Sri Mayurapathy Murugan Kovil and Sri Ganesha Hindu Temple, Berlin on 18th and 20th October 2017, respectively 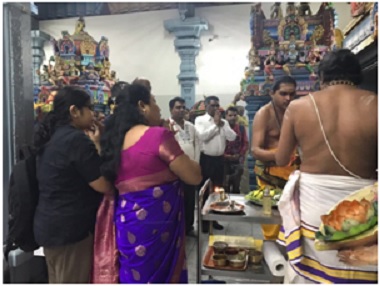 A large gathering of devotees irrespective of their religions joined hands to celebrate this holy festival, which spiritually signifies the victory over darkness, good over evil and hope over despair. All those who were gathered followed the rituals and prayed together. 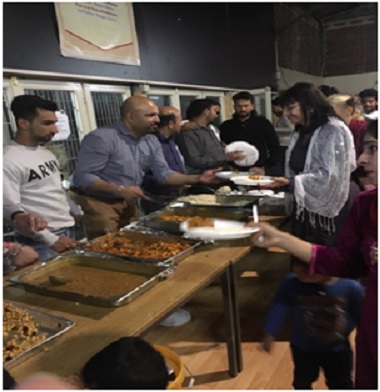 Dr. Susanna Kahlefeld, Member of the House of Representatives of Berlin and Mr. Bernd Szczepanski, District Councillor for Social Affairs and City Development, District of Neukölln, also graced the event.

The event highlighted the importance of sharing love and affection among each other to forget and forgive the differences and to move forward for the betterment of the country and for the people of Sri Lanka.

The Sri Lankan Embassy prepared delicious Hindu traditional food and served the participants at the end of the celebrations.