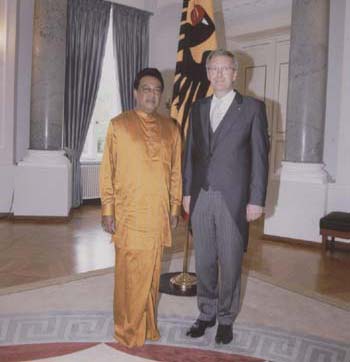 H E the Ambassador and his delegation were accompanied to the official residence of the Federal President by officials from the German Federal Foreign Office, and the Ambassador was accorded with a ceremonial guard of honour by the German Bundeswehr on his arrival and departure at the Bellevue Palace.